When learning to drive, one of the rules we are taught is  “plan your route” or some variation of the same idea.

The reason for this sage advice is to ensure that the driver arrives safely at their destination  by efficiently utilising resources, planning and preparation, thinking of potential challenges, all leading to finding the best case scenario.

Very often, mistakes, unpleasant outcomes, and mediocre service is the result of a lack of planning.  The thought occurred to me as I considered why a simple request turned out so horribly wrong.

As a customer, we should also plan our route to create the best possibility for a successful result.  Recently, I sought the services of a seamstress to fulfill what seemed to me like a very simple exercise. The objective was  to create five curtain panels for my kitchen.

Being a customer and a habitual “planner”, I decided that the best route would have been to provide the  material already cut into five pieces to the horizontal width required.  Although I am not a seamstress I do know how to sew. All that would have been required was to cut the bottom of each piece of material, then stitch the top, bottom and side edges to have a simple yet neat panel.  What really could go wrong?  Still thinking ahead, and aiming for success, a sample of a current curtain was provided to ensure that the length and width of the final product were understood.  Seemed simple to me.

My hopes for this transaction were simple:

I arrived at the seamstress with a positive and bubbly demeanour sure that this exercise would be quick, easy and painless.  The conversation flowed “seamlessly” (pun intended)  I left feeling that we both understood each other.  Little did I know.

Waiting is not an activity I thoroughly enjoy so not only did I decide to “kill time” by getting some other things done around town, but I decided to kill more time than necessary.  Two and a half hours later, I returned.  Little did I know that all my hopes were soon to be dashed.

Exuberance turned to annoyance when I returned and  was greeted with failure on all three counts.   The third count would not have been problematic to begin with had it not been for the below par work received and the additional time spent waiting.  It was a disappointing outcome indeed.

To hear her tell it, “the material was short.”  Say what???  I was seriously confused.

What do you mean “short?”.  It was way longer than required.  It turns out that Madame seamstress did not think of finding out how the sample related to the material provided, even after saying she understood when we first spoke and I subsequently left to “kill time”.    It appears that she  jumped into sewing and THEN realised that the material was “too short”.  Instead of pausing, evaluating and creating a new “route” she continued sewing along the wrong side of the material.  There was no attempt made to study the perceived problem and find a solution.  Yet, here we were: she indignant and unapologetic with attitude, and me – disappointed, annoyed and sincerely baffled that something so simple could have such and unpleasant and unfulfilling ending.  As for customer service – forget it.  Once the obvious was pointed out, there was no attempt to ease the angst.  Instead, I was told “calm your spirit” while the excuse provided was that there would have been too much material cut off and wasted.  Um…how do you know what I was planning to do with the excess material?

So in the final analysis, I now have five lopsided and ill sewn pieces of material, five pieces of excess material and a desire to invest in a sewing machine.  Plan your route.

I know one person in particular who will suggest another post probably entitled something like “The dangers of impatience”.  That is another discussion ALL TOGETHER!! (just watch, I can bet 100 dollars she will be the first to comment!).  Your thoughts are appreciated as well. 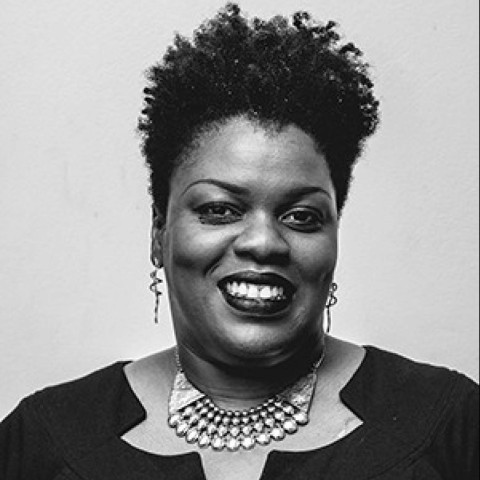 Marcella Andre is a transformational speaker, facilitator, and CEO and Principal Consultant of NIA COMMS.